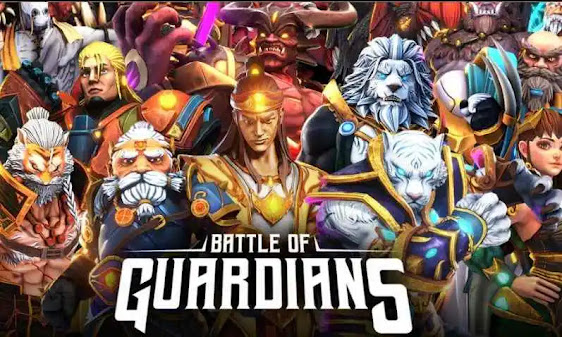 Battle of Guardians is a multiplayer Science Fiction NFT Game. Where players fight in multi-realm fights and compete to defeat their rivals.

Information About Battle of Guardians Tokens

The Battle of Guardians is a new mobile game that is sure to keep you entertained for hours on end. With its exciting and challenging gameplay, you will never get bored. Battle of Guardians is an intense, fast-paced game that will test your reflexes and strategic thinking.
Unreal Engine was used to create the multiplayer PVP arena real-time game Battle of Guardians. In the vast Sci-Fi gaming universe, players fight in ferocious multi-realm conflicts. BOG is a full-fledged skills competition where the top players compete constantly to defeat their rivals and get additional rewards.
Although the game is still in its early stages, the cryptocurrency community has shown a lot of interest in it. The game's creators are actively working on enhancing the gameplay and adding new features.
Also, Check Can Crypto Airdrop Make You Rich?

There are several ways to gain prizes, regardless of whether you play games frequently or maybe sometimes. You may even make money while playing some games since they provide real-world prizes.
There will be a total of 1,500 Random winners and there are 2.6 million Battle Guardians Tokens known as $BGS for those winners. Each participant will get 1560 BGS tokens. Along with random winners, the top 50 referrals will get 5200 Battle Guardian tokens each.

My Freedom Coin An Asset to Withstand the Bear Market